At the center of the ovato tondo stands an uninscribed Egyptian obelisk of red granite, 25.5 metres tall, supported on bronze lions and surmounted by the Chigi arms in bronze, in all 41 metres to the cross on its top. The obelisk was originally erected at Heliopolis, Egypt, by an unknown pharaoh. 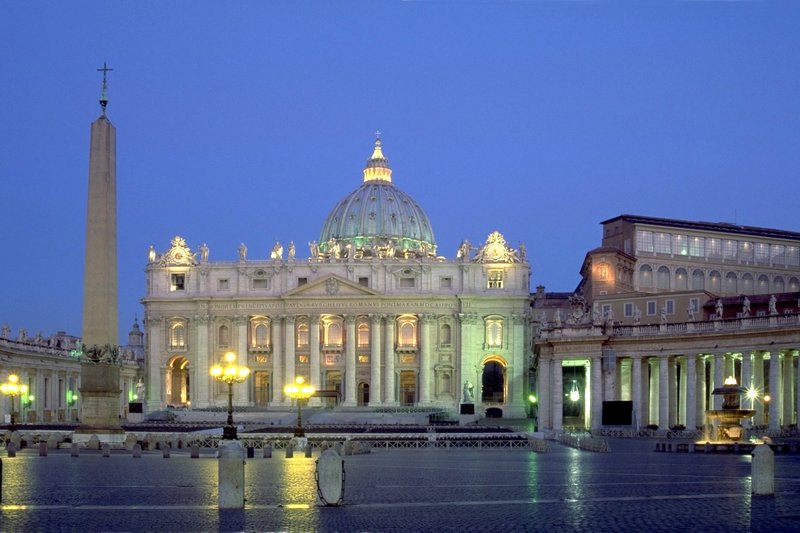 The Emperor Augustus (c. 63 BC – 14 AD) had the obelisk moved to the Julian Forum of Alexandria, where it stood until 37 AD, when Caligula ordered the forum demolished and the obelisk transferred to Rome. He had it placed on the spina which ran along the center of the Circus of Nero, where it would preside over Nero’s countless brutal games and Christian executions.[ 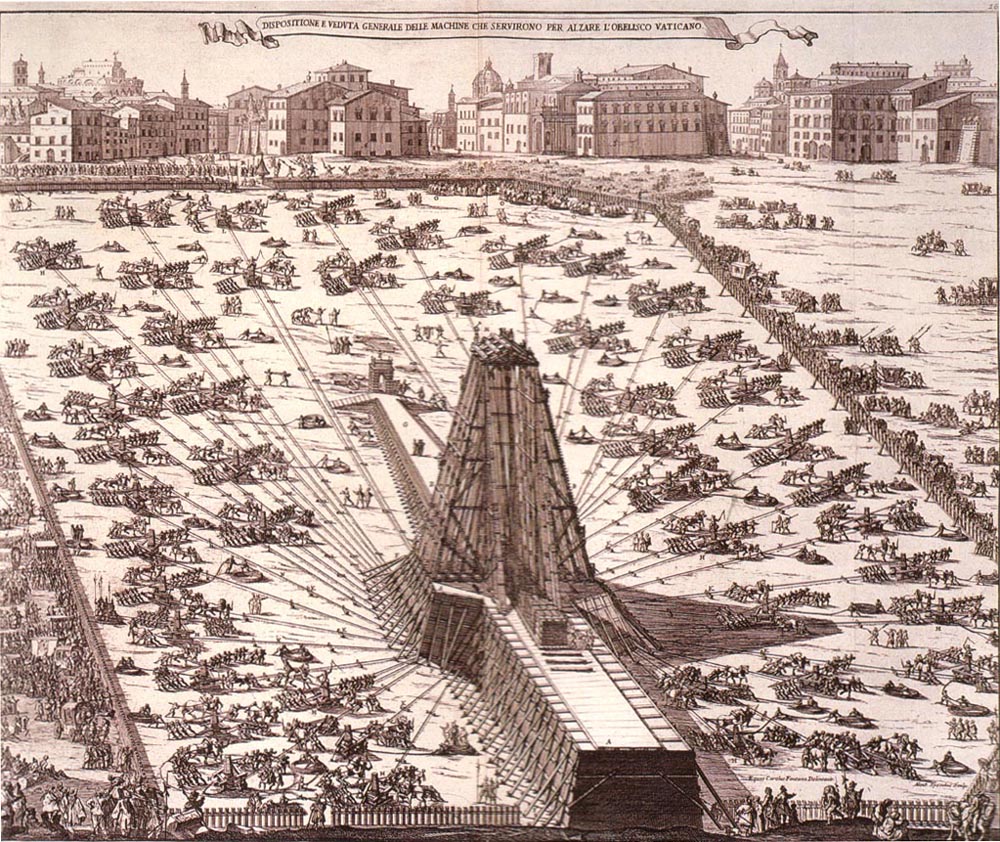 Rome is full of interesting monuments, aretfacts and history. If you have ever wandered the streets of the Italian Capital or looked at photos your friends have taken of Rome during their visit, what may have caught your eyefrom amongst all the monuments is the large number of Egyptian obelisks scattered around the city. In fact Rome is the city with the largest number of obelisks in the world.

Many of the Roman Emperors were fascinated by Egypt and the most sought after trophies of their conquests of the distant land of the Nile were obelisks, a divine symbol of the Pharaohs.

The first obelisk in Rome was the Flaminio obelisk, brought from Heliopolis by Augustus Caesar in the year 10a.d; it stood for many years in the Maximus Circus. Today it can be seen in the Piazza del Popolo.

Of the eight Egyptian obelisks remaining in Rome, the best known of all is the Vatican obelisk and can be found in the Piazza de San Pedro, standing 25m tall and weighing around 330 tonnes it is one of the few in Rome lacking inscriptions and hieroglyphics on its sides.

Brought to Rome by the Emperor Caligula it witnessed the death of hundreds of Christian martyrs. It is said that Apostle Peter was among the hundreds who met their death under the shadow of the obelisk. As a sign of respect Pope Sixtus V ordered the obelisk be brought to the Vatican, the operation required more than 1000 men, hundreds of animals, an innumerable number of tree trunks on which to roll the obelisk and a complex system of pulleys.

According to Medieval legend the bronze sphere atop the obelisk contained the mortal remains of Julius Caesar. After proving this to be false, the obelisk was crowned with a bronze cross in which fragments of the Holy Cross are said to have been placed. At the base of the obelisk on the Eastern and Western sides an exorcism formula was also engraved whilst on the Northern and Southern sides a memorial to the moving of the obelisk was inscribed.

During the 19th century the Vatican obelisk was also used as sun dial as were many of the other obelisks. The most famous of all, the Solar obelisk, can be found in the Piazza de Montecitorio.