Super volcanic eruptions are so catastrophically powerful that they could devastate the entire planet. In a worst case scenario, these kinds of eruptions can eject 1000s of cubic kilometers of magma and ash in the matter of days or few months. That much ash in the atmosphere could block out the light and heat of the sun for years or decades. 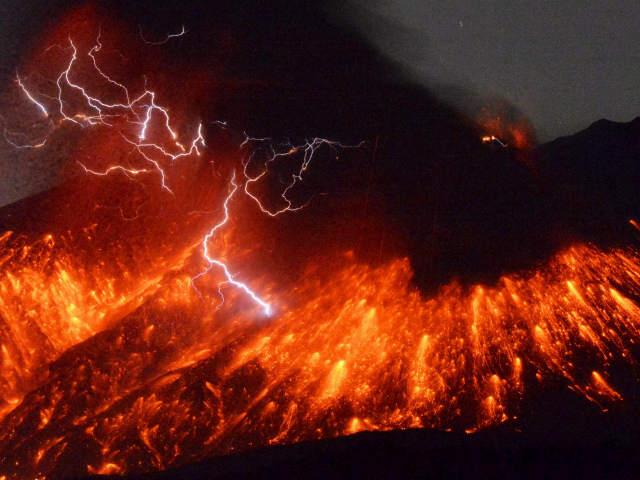 Luckily, these kinds of eruptions are few and far between, and they are tens of thousands of years in the making. But there is also some bad news: According to a new study in PLOS ONE, they don’t give much notice before they blow their tops.

Unlike most volcanic eruptions, what makes super-eruptions different is that they are unable to erupt easily. Magma in the mantle of the planet rises into the crust, but is unable to immediately breach the surface. As a result, the magma continues to pool, causing pressure in the Earth’s crust to build and build until finally, a catastrophic explosion of magma and ash erupts.

These kinds of cataclysmic super-eruptions have occurred a few times in the geological past of our planet. In New Zealand 26,500 years ago, the Taupo Volcanic Zone had a super eruption. Even further back, Campi Flegrei in Italy exploded 40,000 years ago. Yellowstone has also super-erupted three times in the past million years and there are fears that it could occur again.

Right before any super eruption though, there is one final stage — the decompression stage — characterized by the release of gas bubbles at the eruption site.

So, the study researchers decided to analyze quartz crystals at the site of one of these massive eruptions that erupted in California about 760,000 years ago, creating the Long Valley Caldera. Quartz crystals cover surface rims of eruption sites, so by analyzing them, the researchers were able to determine the rim growth rates times of the volcano based on the concentration of titanium in the crystals. By measuring the size and growth rates of these rims, they were able to determine the length of time it took for an explosion to happen once the decompression phase had begun.

Their analysis showed that more than 70% of rim growth occurred in less than a year, indicating that the quartz rims grow mostly in just the days or months prior to an eruption.

So, we will only likely be able to detect the signs of an oncoming super-eruption by noticing the bloating effects of the expanding magma body on the surface and these signals will likely only start to appear within a year of the eruption — intensifying as it gets closer to exploding.