Mysterious fragments of a rock known as the Hypatia stone, found in the Egyptian desert in 1996, traces its origins back to even before the very first days of the solar system, according to a new paper published in the journal Geochimica et Cosmochimica Acta.

The stone, which was named for an ancient Egyptian female mathematician and astronomer, has always struck scientists as odd. It’s super hard, but also brittle and fractured, and coated with a strange shine. It took 17 years for scientists to realize that it was formed beyond Earth—and that it doesn’t match any known meteorite or comet categories. The new research took that work a step farther by looking at the stone’s structure, starting with the elements it is made of. 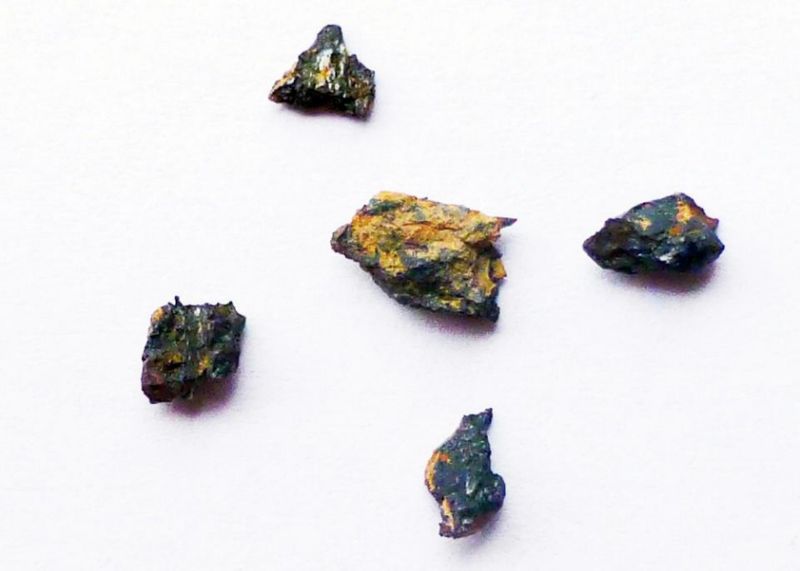 “When Hypatia was first found to be extraterrestrial, it was a sensation,” co-author Marco Andreoli, a geologist at the University of Witwatersrand, said in a press release. “But these latest results are opening up even bigger questions about its origins.”

Most meteorites contain a little carbon and a bunch of silicon. But Hypatia’s recipe is very different: It’s full of carbon with a sprinkling of silicon. And all that carbon comes from a key ingredient of interstellar dust that the shock of a giant impact has locked into the structure of tiny diamonds.

Within that carbon-silicon mix, like chocolate chips buried in cookie dough, are pockets of metals, including pure aluminum. Unlike other metals like gold, aluminum usually doesn’t do that, it is more commonly found in alloys. “This occurrence is extremely rare on Earth and the rest of our solar system, as far as is known in science,” co-author Georgy Belyanin, a geologist at the University of Johannesburg in South Africa, said in a press release.

To the scientists, that combination suggests that the metal pieces in Hypatia are chunks of the solar system before the solar system actually formed. Those chunks were then coated by carbon-rich interstellar dust. After our planet formed, the shock produced by the rock falling to Earth turned that carbon to tiny diamonds.

The whole picture may mean that as the solar system formed, different elements were scattered in clumps around it rather than being spread evenly across the area. The team also thinks the rock may hail from the very outer bounds of our solar system, perhaps the Kuiper Belt that Pluto is nestled within or the Oort cloud that envelops the whole solar system. They want to use another form of chemical analysis to pinpoint Hypatia’s mysterious origins—and potentially those of the solar system itself.