In 2012, there was a good rivalry going between Green Bay Packers and San Francisco 49ers.  During this era, Jim Harbaugh was head coach. I was lucky enough to have lunch with him at Morton’s Steakhouse, listen to him talk about his past and how his father instilled into their heads (Jim and John) about “Nobody has it better” when they were young, ask a few questions, get a couple of balls signed and even have a picture taken with a few friends. 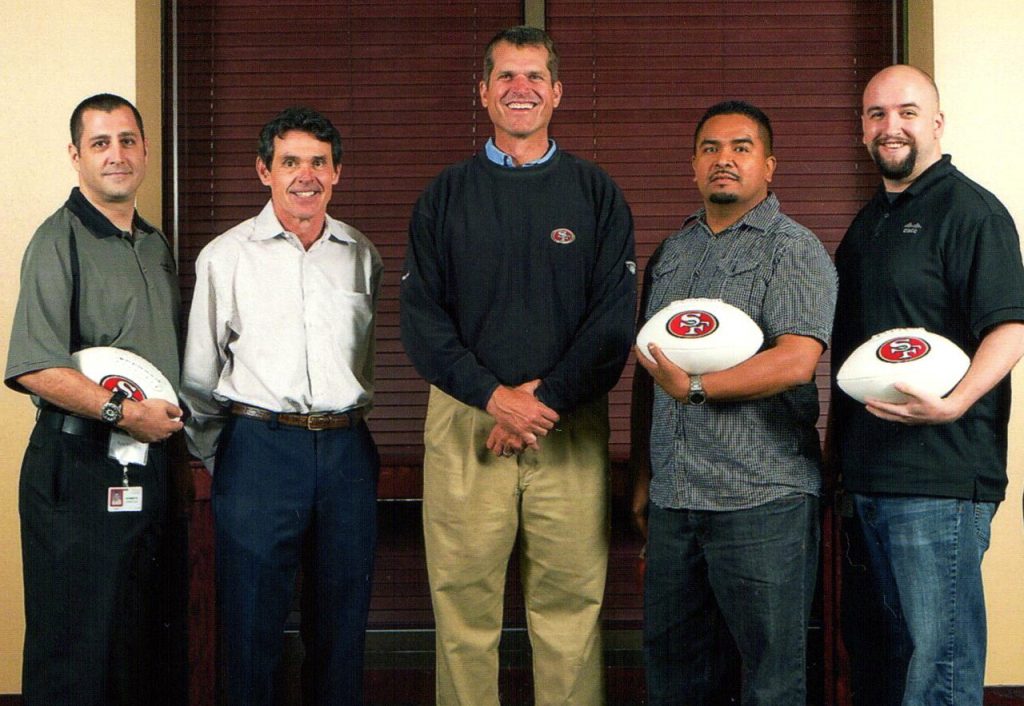 Left to Right: Myself, Adam, Jim Harbaugh, Will Santos and Mike Duarte

I had a plan before I went to this meeting which was to put a hex, a curse on Jim. In the picture, you can see I am wearing a watch, purposely worn upside down so the G can show.  This is Harbaugh unknowingly taking a picture with another team’s emblem in view.

Later that year a great friend of mine, Neil Pearlstein arranged for me and my wife (49ers fan) to go to the play-offs, a divisional game between the 49ers and Packers. 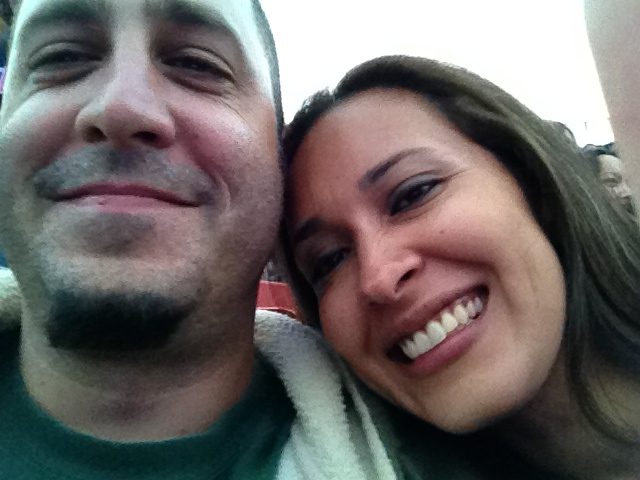 We got smoked this game.  Worst game I have ever been to.  The pregame was fun.  We tailgated with the winning #1 tail gate party. But when I got inside, the game started slow, tied at halftime or close.  I went to the bathroom for a line so long I almost didn’t make it.  20 minutes later i get in the alcohol line to hear the game get started when I was still 5 minutes from getting a beer.  When I was 2nd in line, the 49ers scored, and apparently security got spooked and as I stepped up, they told the servers to shut down Alcohol services. I begged for a beer, with my cheesehead and all… no dice.

I went back to my seat, to sit for 2 Qtrs, in 43 degree chills at Candlestick.  The niners worked the Packers, Kaepernick did the 1st famous “Kaepernick”, I had no beer, and was miserable.  When I left I left so fast I left my cheese on my car when I got in, and didn’t realize until the next day.  I can only imagine the car behind me tearing it up in forward and reverse. So… the old saying goes… I left my cheese in San Francisco… or was it my heart?